How to Travel With a Stroller: 13 Tips For a Smooth Trip

How to [Wrap a Stroller Box] for a Car Seat, Gift, or Bag

How to Fold The Britax B-Agile Stroller (Quickly, Easily, and Smartly)

As an Amazon Associate I earn from qualifying purchases.

How to Attach The Nuna Car Seat to Different Strollers

The search is overwhelming because there are so many different brands, types, models of strollers, and combinations that can be used with other products such as baby carriers or joggers.

This article will present 12 pieces of information about how to attach your car seat safely and correctly using three different ways for front-facing or rear-facing infants.

How Do Car Seat Adapters Work?

If you have a favorite stroller and a favorite infant car seat made by different brands, it can be a little difficult to decide which one to choose. It’s often possible to buy a car seat adapter that makes one brand compatible with another (adapters can cost between $10-$80) if you don’t want to compromise.

In some cases, infant car seats and strollers are not compatible, so you’ll have to make sure that the stroller you want is compatible with the adapter you want to use.

Is there a stroller that works with every car seat?

It is important to purchase an adapter that perfectly matches your infant’s car seat and stroller (including the model and year). Unless it clicks together safely, it might not work.

The following is a quick rundown of how some popular stroller brands are compatible with different car seats. You can read the complete information from the manufacturers by clicking the links below. There are brands out there, but Nuna is one of the best, which is easy to use.

Several companies began making adapters that work with multiple car seat brands in an effort to make things easier for parents. There was, however, a limited number of car seats that could be used with these adapters. In addition to being very expensive, they were not very popular.

In recent years, adapters have gained increasing popularity as more parents use infant car seats instead of convertibles. Several new adapters have been developed as a result, including the Nuna PIPA adapter.

Using an infant car seat with a stroller is made easier with the Nuna PIPA adapter. Their car seats can be connected easily and safely to the strollers without worrying about compatibility issues.

How to attach Nuna’s car seat to the stroller

Now that you have your Nuna car seat, it’s important to know how to attach it to a stroller. This is easy enough to do, but there are a few things you need to keep in mind.

First, you will need to remove the car seat from the stroller in order to install it in either the LATCH system or with the seat belt. Second, follow the instructions found on the Nuna PIPA car seats’ website for how to tighten and loosen straps and how securely to strap them.

To attach the car seat to the stroller, thread it through the straps and pull down until it’s tight. Finally, To secure the car seat using lower anchors, you need to open up your vehicle’s attachment hooks and figure out how they work on your specific make and year of car.

Once you have done all this, congratulations–you have now installed your Nuna PIPA car seat!

Which strollers are compatible with Nuna PIPA?

In the following list, you will find the strollers that are compatible with the six Nuna PIPA models, along with the links to the car seat adapters that you will need:

Can Nuna PIPA be used with double strollers?

The Nuna PIPA series of car seats are compatible with several double strollers, including tandem strollers and side-by-side strollers.

Are you searching for a stroller with a convertible seat so that you can fit your newborn in the Nuna car seat and your toddler in the stroller seat? Please find out more about strollers that can grow with your family in our post about convertible strollers.

We’ve listed below the double strollers compatible with the six Nuna PIPA models and the links to the car seat adapters you’ll need. Two Nuna car seats for twins can be used with strollers marked with an asterisk.

The Nuna Pipa: Which Base Is Best?

A popular infant car seat for newborns and infants is the Nuna PIPA. For parents on the move, it is lightweight and easy to transport.

Your child will also be comfortable with the PIPA’s adjustable harness system and padded headrest. Several bases are compatible with the Nuna PIPA, including the Nuna 4, Nuna 5, and Maxi-Cosi Mico AP.

The Nuna PIPA is available in two sizes: infant (0-6 months) and toddler (7-36 months). The infant seat has an integrated cup holder and a removable tray table for easy access to bottles or snacks. It also features a recline function and a one-touch buckle adjustment mechanism. The toddler seat offers a larger tray table and a more upright position. Both seats have a five-point safety belt system and a three-year warranty.

There are several options for attaching the Nuna PIPAs to different strollers. We’ve provided links to the adapters that are needed for each type of stroller.

For most double strollers, there is no need to purchase additional adapters. Simply use the ones that come with the stroller.

For the Bumbleride Indy Twin, you’ll need to buy the Nuna PIPACarrierSet (sold separately), including the Nuna Mono and Twin Adapters.

You’ll need to get the Nuna PIPAMono Adapter Set (sold separately) for the Silver Cross Coast.

For the Vidiamo Limo, you’ll need to purchase the Nuna PIPATwo Adapter Set (sold separately) and the Nuna TwinAdapter.

If your single stroller does not include a base, you may want to consider getting the Nuna PIPABase (sold separately). This base attaches to the back of the stroller using suction cups.

You’ll need to use the Nuna PIPAFull Carrier Set (sold separately) for the Bugaboos. This carrier set comes with the Nuna Mono and Nuna Twin adapters.

We recommend ordering the Nuna PIPAPortableCarrier (sold separately) for the Bugaboos. This portable carrier can be used as a standalone unit or attached to the Bugaboo Cameleon.

Watch: What strollers are compatible with the Nuna Pipa Lite?

What do I need to know before buying a car seat?

Before purchasing any car seat, make sure you read the instructions carefully and understand how to install the car seat correctly. You may want to take some time to practice installing the car seat on a dummy baby. This will help ensure that the car seat fits properly and securely.

When should I start using a car seat?

Where should I put the car seat?

Should I buy a new car seat every few years?

No. A car seat should last for several years. If your child outgrows their current car seat, simply purchase a new one.

Is it okay to leave my infant in the car seat when we go shopping?

Yes, leaving your infant in the car seat while you shop is fine. However, keep in mind that the temperature inside a parked car can rise quickly. When you return home, check the interior temperature of the car. If it feels warm, open the windows and turn on the air conditioning.

Can I use a car seat belt as a harness?

Yes, you can use a car seat belt to secure your child in a car seat. Some car seats come with a built-in harness. Others require additional straps. Always follow the manufacturer’s directions regarding which type of harness is needed.

Does a car seat protect against sudden stops?

Yes, car seats protect sudden stops. They absorb energy during a crash and reduce the risk of injury. In addition, car seats prevent children from being ejected from the vehicle.

Do car seats work well in cars with automatic transmissions?

How do I connect to the stroller?

What is a ring adapter?

The MIXX series ring adapter creates a secure attachment between the car seat and stroller.

The Nuna car seat attachment system has been around since 2007. It was designed by a mother who wanted her child to travel safely in their car without worrying about safety belts and harnesses.

It works by attaching the car seat directly to the back of the vehicle via two suction cups. This means you won’t have to remove the car seat from the vehicle every time you stop somewhere. I hope this article has answered all your questions. 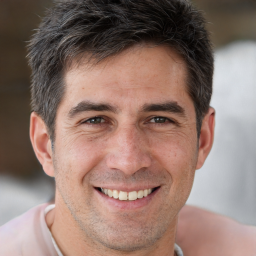